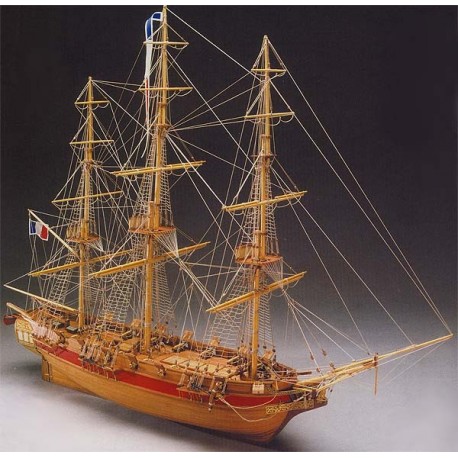 Famous exploration and survey vessel. Mantua's Astrolabe is a fine reproduction of a typical French sloop from the early 1800’s. This model was built up using plans obtained from the French Naval Museum of Paris.

The corvette Astrolabe was launched at Toulon in 1811 under the name Ecurie. She was one of twelve ships of the same type. Initally served as a horse transport ship, during 1813 she was transformed for the transportation of men and ammunition. The new corvette was named la Coquille on July 9th 1814. Because of her qualities, she was again transformed for survey voyges and on August 1822, under command of Duperrey, she left Toulon for her first round the world voyage.

On April 25th 1826 she departed to Pacific, under command of Dumont D'Urville, to search for lost expedition of La Perouse. D'Urville finally found the place where the former Astrolabe had sunk near the coast of Vanikoro. 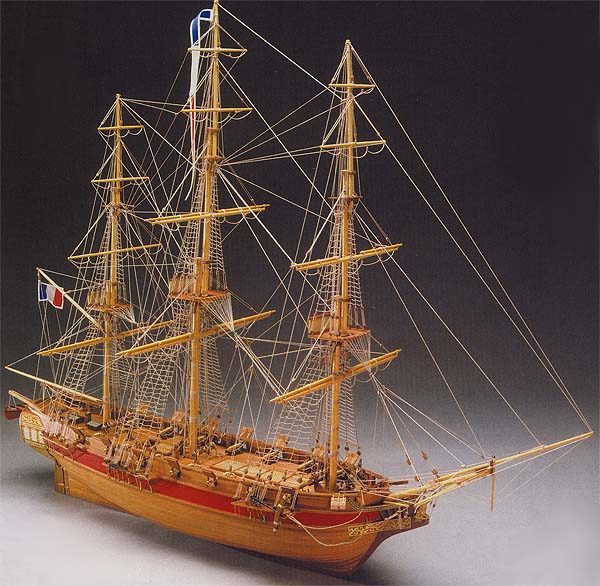 A second scientific voyage took place from 1826 to 1829, during which Astrolabe rode out terrifying storms, ran aground six times and avoided sinking only by a miracle. She nevertheless reached Vanikoro where a monument was created to the memory of the lost sailors, she then brought home the remains of Astrolabe and La Perouse.
Eight years later, Dumont D'Urville undertook a third circumnavigation, still in Astrolabe but now in company with another, identical corvette, the Zelee. After a number of daring attempts to sail through icebergs and the ice, it was in 1840 that he discovered the land to which he gave the name of his wife: Adélie. 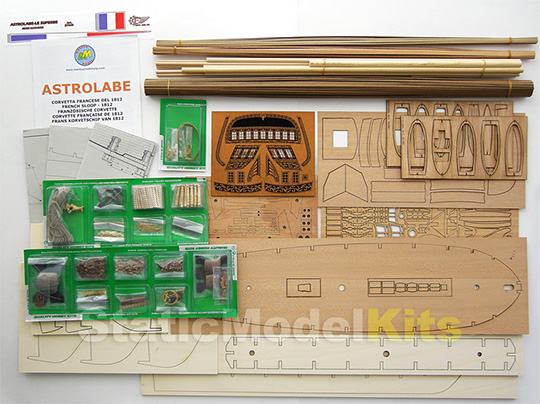