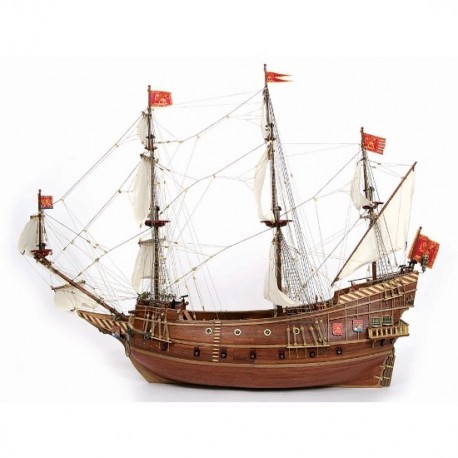 San Marcos galleon was successful boat in war and trade.

This galleon is a direct descendant of the “caracks”, large, distinguished galleons, originally Mediterranean based but later sailing the Atlantic. The name galleon was first given to a type of ship from Liguria, built at the start of the 16th century. Initially designed as merchantmen they were heavily armed, for defense against pirates and other enemies, but ended up, after 1570, becoming men of war. Although the galleons reached their greatest splendor when they plied the Atlantic, the height of their development, they were the result of accumulated experiences on the European Atlantic front and their experiences as merchantmen in the Mediterranean. 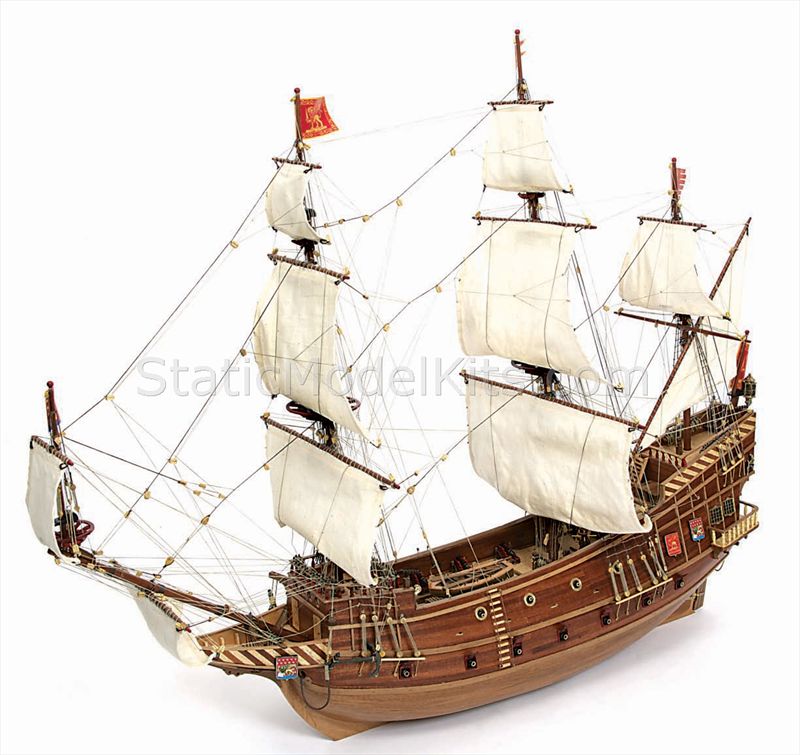 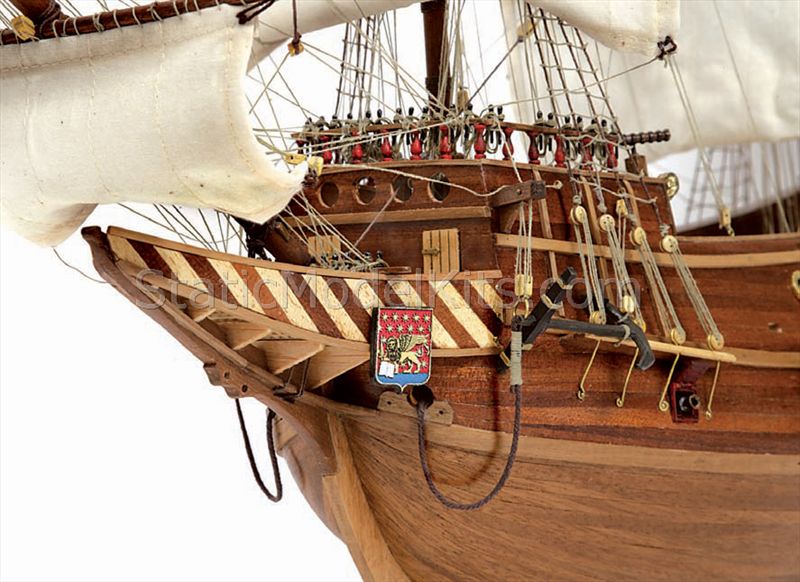 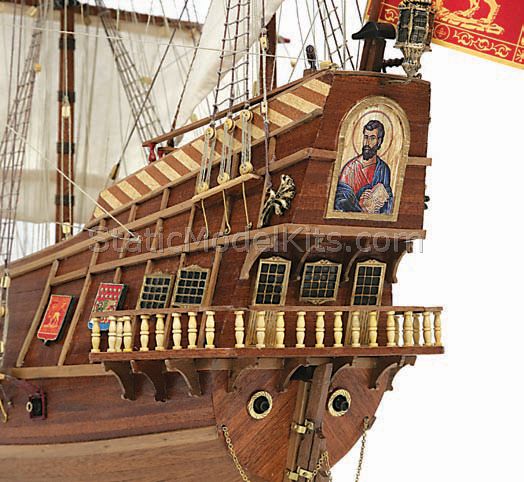 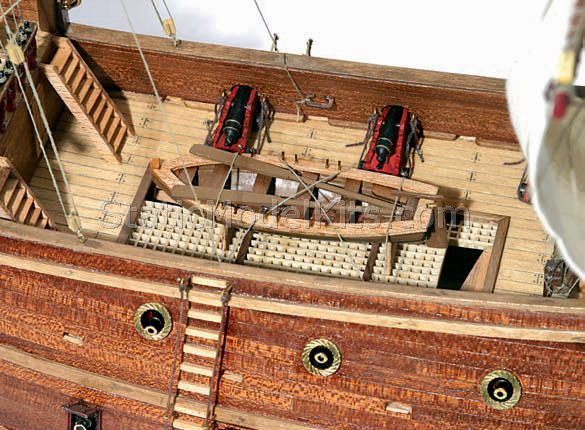